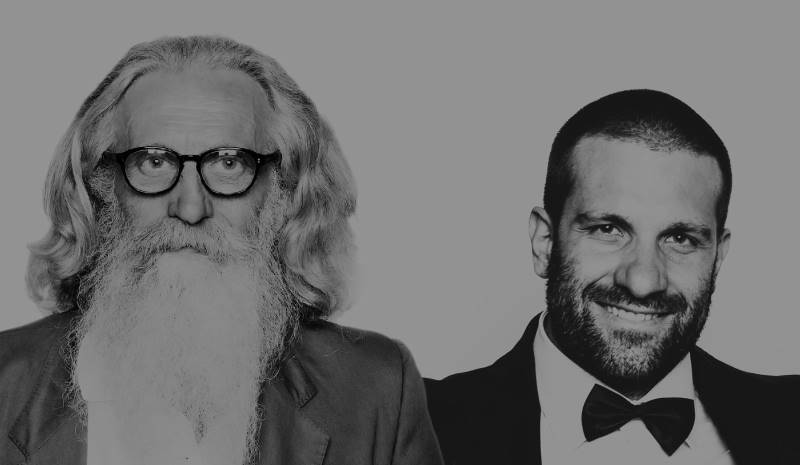 Michele Cazzaniga graduated in Industrial Design at Politecnico di Mlano. He collaborate since 1999 with Piergiorgio Cazzaniga architecture and design studio designing and developing industrial products, he also collabrated with Living Divani and Flos R&D departments. With Piergiorgio Cazaniga he designed “TENSE “ and “STEEL” table systems for MDF Italia, “SAIL” chairs collection for Andreu World and “READER” armchair and lounge chair collection for Living Divani. With Simone Mandelli and Antonio Pagliarulo he designed “CARTESIO” tap systemn for CEA Design and “MALMO” chairs and tables collection for Pedrali. He also designed “DART” table and “DRAW” chair for Poliform and “TAAC” table for Porro. “TENSE” table systems for MDF Italia, was awarded with ADI “Compasso d’Oro Honorable Mention“ and “SAIL” chairs collection with “Gold Award” at 2011 Neocon in Chicago and with the Red Dot design Award in 2012.

Piergiorgio Cazzaniga was born in 1946, he got a diploma at “ISPMA” in Lissone, then he followed a two years course in interior design where he got certifications as wood, gluing and drier technician.
At the end of the sixties, he attended a design course on different years held by professors of the “Politecnico di Milano” at Castello Sforzesco.
In 1964 for two years he worked as the Technical Department Manager at BESANA Mobili, where he directly experienced and mastered furnishing industrial production cycles and techniques.
In 1966 Dino Boffi appointed him as Research and Development Department Manager at BOFFI Cucine.
In 1971 he became a partner at the Buttura, Massoni and Pelizza Studio, which was then transformed into A&D.
In 1991 he set up his own office “PIERGIORGIO CAZZANIGA DESIGN” in Lentate sul Seveso working also with Porro, Composit, Atlantis, Living Divani, Liv’it, Dema, Tagliabue, Acerbis International, MDF Italia, La Palma and Tribù.
In 1995 the Mariposa chair won “Chair of the Year” award at “International Chair Exhibition” in Udine and the “Jury Award “ at BIO 15 in Lubjana.
In 2001 armchair Bloom and in 2004 char M1 and seat collection Lofty where selected for I-DOT.
IN 2004 armchair Lips won the “Good Design Award” of the Chicago Atheneaum of Design.